Push for the Bush 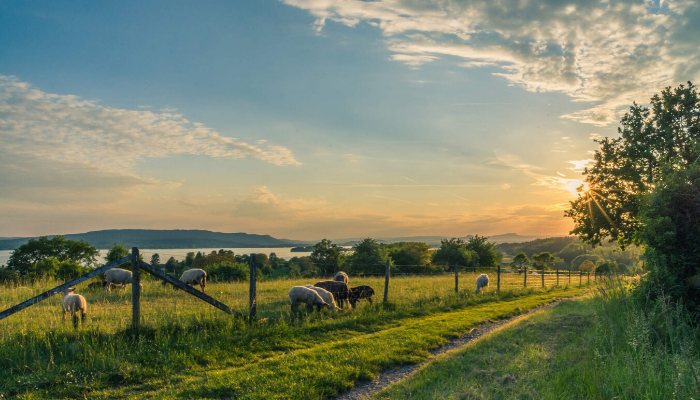 As we wrote this blog, the Melbourne Monash Freeway / Tollway had done its usual trick for a Monday morning and provided Melbourne residents with a 2-hour plus commute to get to their workplace because of a truck crash. As some say, if the Monash sneezes Melbourne gets a cold!

It was with this sort of continual incident that made us wonder whether there was a better life than having to live and work in the Victorian metropolitan areas and was it over the horizon and of course, the answer was a big yes.

With the Independent Builders Network having continual ownership of some serious positioning at the Melbourne Home Show twice a year, it was suggested to us from a major Land Developer in Albury / Wodonga that we use this space to promote regional migration ourselves.  Incidentally, Australia’s first city designed for decentralisation, and our Founder, Kevin Renwick, had actually chaired the Decentralisation Committee based in Albury during his tenure as Regional Chairman of the MBA back in the 1970’s so the legacy would continue.

IBN build through most of Victoria covering 37-local Government Agencies through regional areas not including the Melbourne and Geelong councils. Surely there was opportunity within these towns and cities that could be enticing to metro residents that wanted to look for a better life and lifestyle out there so we discussed a partnership with 20-LGA’s to get them on board to present their wares at the next Melbourne HIA Home Show which runs from April 16th to the 19th in 2020.

Not only were the Councils, Shires, and Cities keen to partner up with IBN, but so too were the actual HIA themselves who see definitely a benefit in the decentralisation of residential construction and further employment out to the regional areas.  Not that employment has been an issue mind you, as many LGA’s had cited that they had plenty of jobs to fill, both professional and manual labour roles, so imagine being able to get an affordable new home out in regional Victoria and be able to take off for work at 8:45 am rather than throwing the kids in the car at 6:00 am to get them too early morning childcare before you took off to work?

As we met with all of the different LGA’s we learned that each area had its benefits whether that was the jobs, the education, accessible child care but all promoted a healthy and wonderful lifestyle away from the big smoke.

With that in mind, we invited them all to come to next April’s Melbourne Home Show and let everyone know about these perks and IBN would then come to the party and provide fixed price house and land packages in each region that met some or all of the following criteria:

●Retiree, Empty Nester or homes for people living with a disability through our exclusive Adaptable Living range of homes

Also, each day at the show, IBN have been asked to present on stage at 1 pm about the benefits and opportunities that lie in regional Victoria and we are excited that the Home Show will be promoting our Push for the Bush as a major attraction for the event.  We will be positioned this year right at the main entrance so you definitely won’t miss our stand that is now nearly 3-times the size of our previous efforts so it will be all hands on deck.

Finally, during this event and throughout the year, IBN will be promoting and raising monies for the Foundation for Rural & Regional Renewal (FRRR) do so much for regional Australia and who are currently assisting the farmers through the drought. It’s not for profit agencies like this that help out during the hard times, whether they be droughts, floods, bushfires or life’s other challenges that prevent food from getting to our tables so we ask that even if you are only considering a tree or sea change, that you also support our Farmers and get to Push for the Bush!